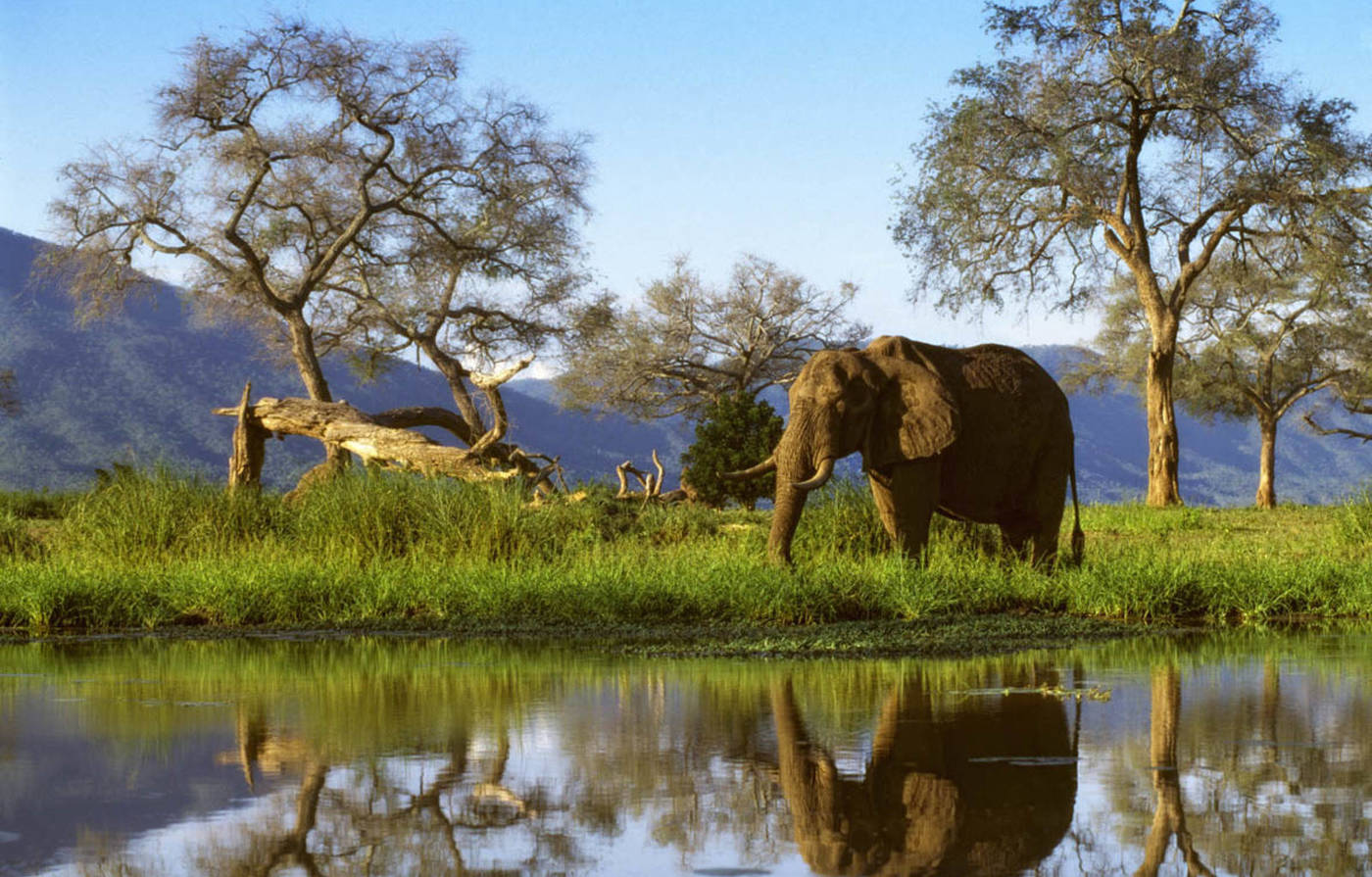 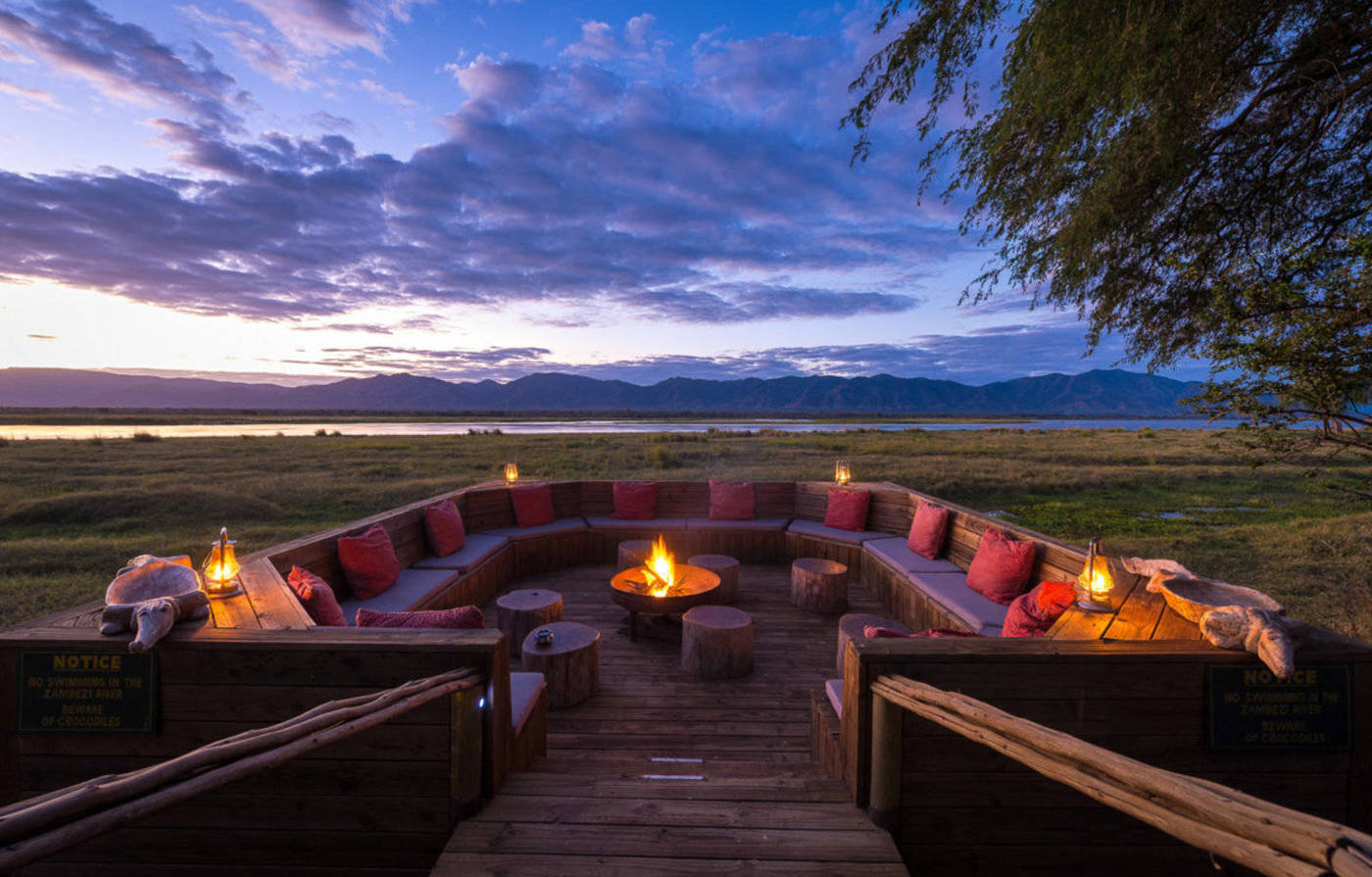 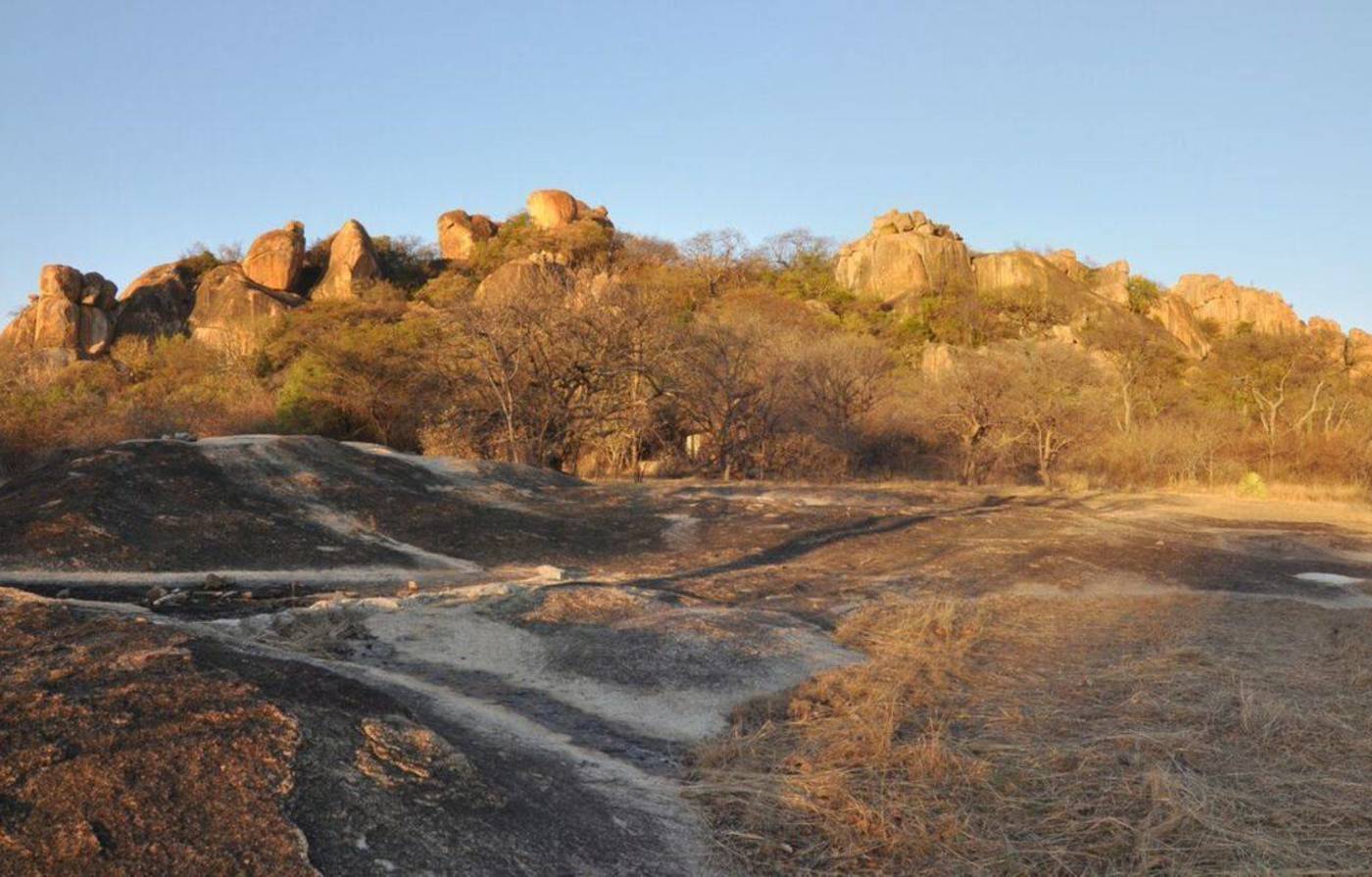 Arrive at Bulawayo Airport. Meet & Greet followed by a road transfer to Matobo National Park. Check in to the camp. Late Lunch at the camp. Afternoon guided walk in the park (approximately 1.5 hours). Dinner at the camp.
The Matopos or Matobo National Park became a UNESCO Natural World Heritage Site in 2003.
It is situated among the magnificent Matobo Hills from which it takes its name. The area exhibits a profusion of distinctive rock formations rising above the granite shield that covers much of Zimbabwe. The large boulders provide abundant natural shelters and have been associated with human occupation from the early Stone Age right through to early historical times, and intermittently since. They also feature an outstanding collection of rock paintings. These extraordinary granite rock formations have exerted a strong influence on the whole area, both in natural and cultural terms. The area has a rich human history. Bushmen lived in this area 2,000 years ago, and left a superb collection of rock art behind, much of which has been well preserved. People have interacted with and been inspired by the natural rock formations of the Matobo Hills for many millennia. This interaction between humans and nature has fostered strong religious beliefs which still play a major role in contemporary local society; and that’s why a mysterious and magical atmosphere is what you feel while visiting this sacred territory.
One of the best spots in the park is “the World View”, an incredible spot on one of the highest rock formations where Cecil Rhodes and several other leading early white settlers asked to be buried. Magnificent views of both the sunrise and sunset can be enjoyed from the top of the highest rocks and the atmosphere is one not to be soon forgotten.

Breakfast at the camp. Morning game drive and rhino tracking activity, picnic lunch within the park.
Afternoon guided tour to explore the rock arts and visit Rhodes grave. Dinner at the camp.

Breakfast at the camp, road transfer to Hwange Main Camp to meet your lodge guide. Lunch at the camp, afternoon safari game drive in a 4×4 vehicle with an English speaking guide. Option for a bush walk. Dinner at the camp.
Hwange National Park is the largest game reserve in Zimbabwe occupying roughly 56.000 hectares. It is located in the northwest corner of the country, about one hour south of the mighty Victoria Falls. The area was designated a game reserve in 1928 and awarded National Park status in 1930. The park is close to the edge of the Kalahari desert, a region with little water and very sparse, semi-arid vegetation. In fact, the region was formerly occupied by the San bushmen, the only population able to survive the dry conditions, conditions which are the basis for the creation of the reserve since the land has been deemed unsuitable for agriculture due to its poor soils and scarce water supplies.
Hwange boasts a tremendous selection of wildlife with over 100 species of mammals including elephants, which have been enormously successful in Hwange with the population on the rise. Other major predatory animals include the lion, spotted hyenas, cheetah, buffalo and rhinos. It’s the only protected area where gemsbok and brown hyena occur in reasonable numbers. Even though it’s one of the most visited parks, due to its size and the large number of tracts in the area, the visitor has the sensation of being alone in this spectacular territory. The landscape is very diverse: the dense teak forest in the north gives way to the Kalahari sand veldt in the south, making it an exceptional location for animal sightings. In between, there are open grassy plains lined with and mopane woodlands as well as islands of ilala palms.

Breakfast at the camp. Transfer to Hwange Main Camp, road transfer from Hwange Main Camp to Victoria Falls.
No doubt about it, Mosi-au-tunya (meaning “The Smoke which Thunders”), but more commonly known as Victoria Falls, is one of the most amazing sights in the world. Check in to the hotel, lunch on personal account. Afternoon free to explore the town and to take part at different activities: sunset cruise along the Zambezi, visit of the fall’s park, bungee jumping, canoeing, rafting, helicopter flights above the falls. Dinner on personal account.

Breakfast at the hotel. Morning transfer to Victoria Falls Airport. Charter flight out to Matusadona National Park; arrive at Fothergill airstrip. Meet & Greet followed by a boat transfer to the camp. Check-in and lunch. Activities include early morning and afternoon game drives, boat cruises or bush walks.
Matusadona National Park was designated a game reserve in 1958 and awarded National Park status in 1972. It was created after “Operation Noah”, which was a wildlife rescue project aimed at rescuing more than 5,000 animals that lost their home when the dam was opened to fill Lake Kariba. The southern boundary of the Park is the Omay communal land and the northern boundary is the lakeshore where the biggest population of wildlife live. The eastern side of Sanyati Gorge and the middle of the Ume River provide the east and west boundaries respectively.
Matusadonha has three distinct ecological areas: the lake and grassland shores; the Zambezi Valley floor (a mass of thick Jesse and Mopane woodlands); and the Escarpment area, which provides habitat for grazers, most notably the black rhino. This area is also called “Intensive Protection Zone”. Elephants and buffalo range throughout the park, seeking the shade of the Jesse in the heat of the day.

Breakfast at the camp. In the morning boat transfer to Fothergill airstrip. Charter flight out to Mana Pools National Park; arrival at Dandawa airstrip. Meet & Greet and transfer to your camp.
Set in the most remote part of the World Heritage Site in Mana Pools is the Kanga Pan, not too far from Chitake Springs. The 12-bedded tented camp has en-suite bathroom facilities with outdoor showers and basins overlooking the water hole. The diverse area has multiple vlei lines, river systems of the Ruckomechi River, and mixed woodland types from Mopane woodland to Jesse bush and riverine forests. Kanga Pan itself is the only known water source in the area available throughout the year, making it a hub for wildlife and a delight to explore on foot. Pristine and undeveloped, this area gives you a pure, unspoilt, private African safari experience.
Activities include game drives and bush walks.

Breakfast at the camp; morning road transfer to meet Ruckomechi Camp staff; transfer to the camp located along the Zambezi River. Check-in to the camp and lunch. Afternoon 4×4 safari game drive with an english speaking.
Situated on a large private concession in the heart of the Zambezi Valley’s Mana Pools National Park, Ruckomechi Camp looks out from the banks of the mighty Zambezi River. It is a remote, beautiful place with spectacular views of the broad flowing river, adjoining well-defined tree canopy and the mountains of the Rift Valley escarpment over the border in Zambia. Shaded by a large grove of acacia and mahogany trees, the camp accommodates guests in ten spacious en-suite tents, including a honeymoon suite, all of which overlook the river.
Activities include game drives, walking safaris and boating safaris.

Breakfast at the camp and road transfer to Mana West airstrip. Charter flight to Harare International Airport. International flight to your next destination or back to your home departure airport.

The country is mostly covered in savannah woodlands, although there are some tropical evergreen and hardwood forests thanks to the moist environment in certain zones. Thanks to a big variety of lanscapes the country is one of the most unique and interesting place to visit in southern Africa. More »